Rajnikath Jokes are salute to his actions and shows how much people love Rajinikath, the legend in Indian film industry. Rajnikanth name itself has a magic, Rajinikath means name, fame and action. He is a great actor and people love him very much. He is treated like a God in South Indian film industry. Rajnikanth is famous with different styles and he has very big fan following in mass audiences.

Below are list of Top 10 Rajinikant Jokes that inspires us and tells us nothing is impossible… Mind it ! 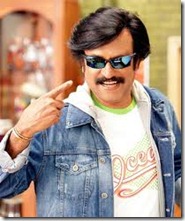 when grahambell invented the telephone he found that. already 10 missed calls from the RAJANIKANTH:)

Thank God it was Dhanush who sang Kolaveri Di and not Rajni. Otherwise it would have become the National Anthem of the World by now!

rajnikanth gave a cheque to a bank, the bank bounced

What would have happened if Rajinikanth was born 150 years ago? The British would have fought for independence

Rajnikanth became the coach of Indian Cricket Team…..Guess what happened..
They won the FIFA and Hockey Cup also

RAJNIKANT was once asked by a Reporter abt how he felt about all the “Rajnikant Jokes”.
on the internet SMS..

“Do you think they are Jokes.”

All The fast bikes from yamaha company.

Rajinikanth woke up one day and decided he would share one per cent of his knowledge with the world. Thus, wikipedia was born!